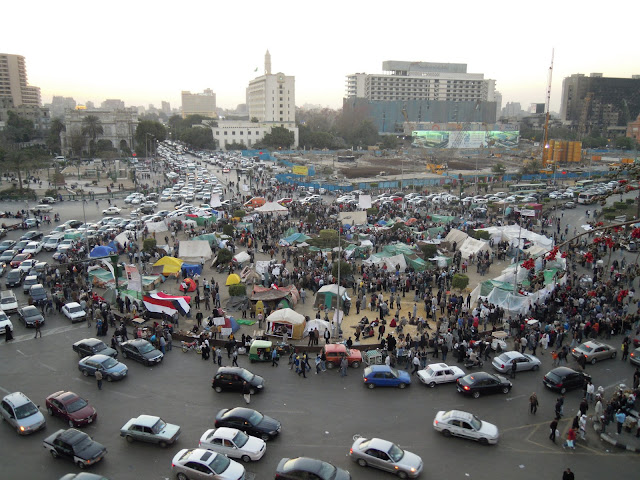 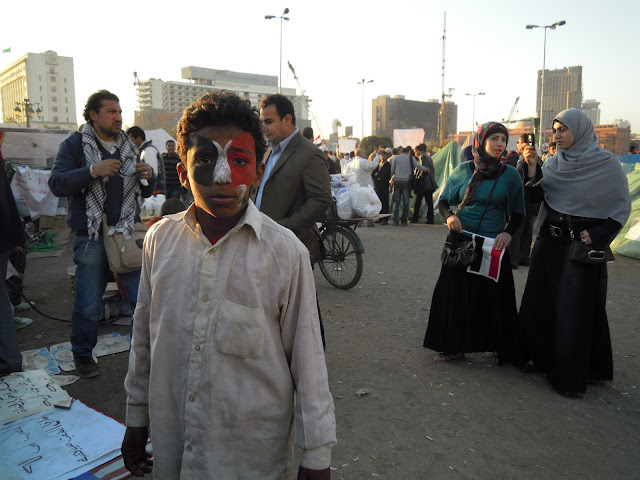 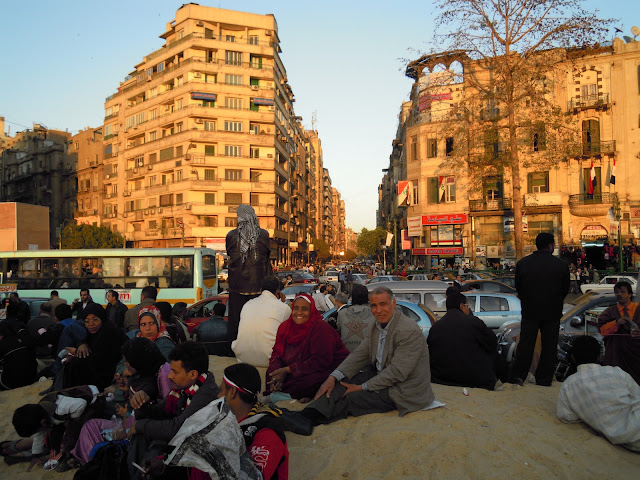 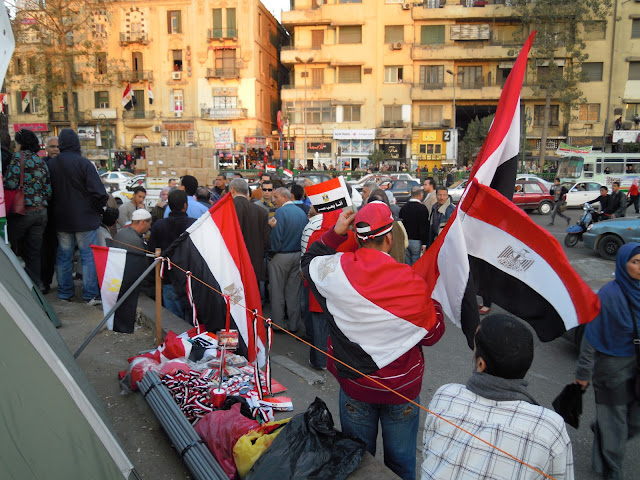 “I am Egpytian, I am free: Revolution of the 25 of January” is written on some badges which are sold and as the general mood is so energetic and happy, even a Khawaga (foreigner) like me can easily get 50 Piasters off when buying nationalist symbols. Something else is the rental of balconies for filming. This has turned into a very lucrative business. We entered a shop and asked whether it was possible to get access to the roof-terrace of a building in order to film the Friday demonstrations. The person at the entrance acted as if he did not know what we were talking about but very insistently sent us to the manager of the building. This happened to be a bearded old man, who was wearing a black galabiyya and was counting receipts on his small table, which was squeezed into some kind of mini-office under a staircase. The place, even though tiny, was adorned with all kinds of religious decorations. The manager told us that for 500 Egyptian Pounds a day we could get the terrace and that this was still cheap, considering that last week he was still getting 1000 Pounds from the big international news-channels …
Posted by Dr. Eliane Ursula Ettmueller at 12:20:00 am